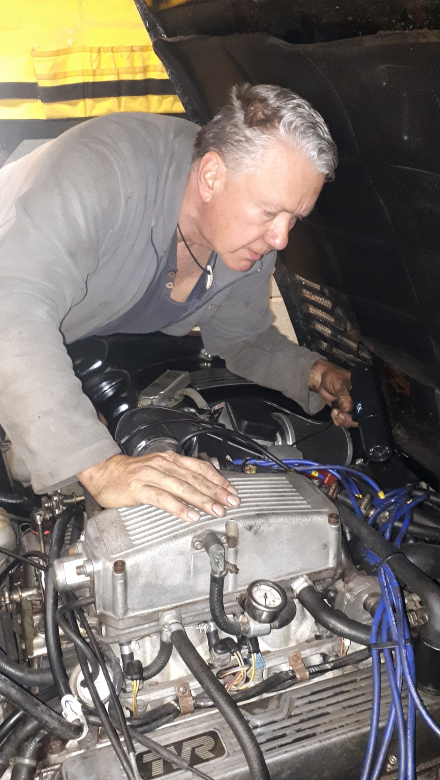 We thought it might be a good idea to use this blog to introduce some of the characters behind the Marches Biogas curtain. In the past people tended to think of Russell when they pictured the company, but although he is still very much involved in the business as technical advisor, it’s Keith and Mark that are the dynamo’s behind the scenes, managing the business on a daily basis.

Keith always has a smile on his face and is invariably upbeat. To say he loves his job is an understatement, always willing to explain a concept using bodily contortions normally reserved to a man of half his age.  He’s keen to be involved with everything going on, especially engineering discussions, and always wants to make sure things are done just so.

As you would expect, with being the joint managing Director of Marches, he knows his AD having started with Biwater Treatment back in 1989. One of his first jobs was involvement and site cover for a new AD facility in Jersey at Bellozane sewage works. Keith progressed from there, building up an impressive CV. After 2 years overseas managing a major project in Sri Lanka, Keith moved to Wessex Water, where not only was he fundamental to their dryer business he also found time to marry Emma from the PR department. Overseas called again so soon after joining Purac (which later became Enpure) Keith and Emma headed off for 2 years in Chile, managing the construction of a major sewage treatment works.  Keith’s son was also born out in Chile which presented some interesting challenges in addition to the job. Keith’s more recent roles have included Engineering Manager for Imtech Process, Design Manager for Biogen Greenfinch where he oversaw the successful design and delivery of six new food waste plants. Keith joined Marches Biogas in 2018, bringing to the company a wealth of useful experience and many contacts. Keith is always keen to think through all the designs that we put out to our clients, drawing on all that experience to make sure things are done correctly.

Now you would have thought when Keith leaves the office thinking about engineering would be the last thing on his mind, well how wrong you would be. There is a certain car manufacturer that used to make cars not far away in Blackpool, for which Keith very much has a soft spot (with several in the garage at home). So just a hint, if you want to make a quick getaway from the office don’t bring up the subject of TVR’s or you will see that smile, some brilliant gesticulation and an inability to get away for more time than you think possible…..